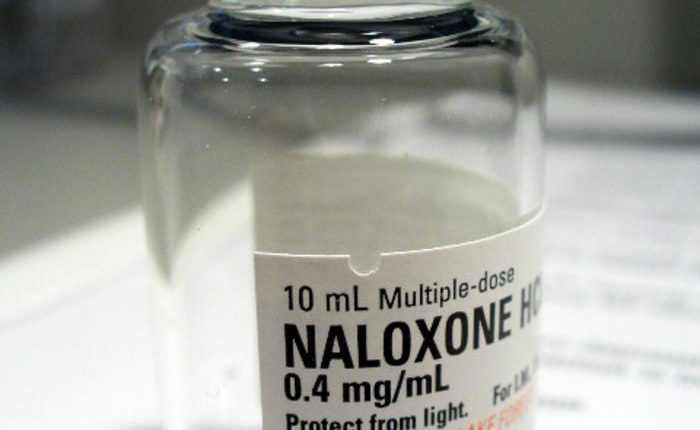 Naloxone, also known as Narcan, can save the life of a person who has overdosed on heroin.

Opioid overdose has become a leading cause of accidental death in Washington State.  Prescription opioid involved overdose deaths increased from 0.4 per 100,000 in 1995 to 7.4 per 100,000 in 2008. The rate dropped to 6.0 per 100,000 in 2010. The three opioids most often involved in overdose deaths are methadone, oxycodone and hydrocodone. Methadone has been involved in the majority of the deaths. States with higher sales of prescription opioids have higher rates of overdose deaths.  Fatal and nonfatal overdose can result from the ingestion of opioids such as morphine, methadone, heroin, fentanyl, oxycodone as found in OxyContin®, Percocet® and Percodan®, and hydrocodone as found in Vicodin®.  Heroin in Washington State varies in purity from 3.5% to 55% active ingredients; the users have no way of knowing the source or purity of the drug from one purchase to the next.

Naloxone, commonly known by the brand-name Narcan®, is an opioid antagonist which displaces the opioid from receptors in the brain and can therefore reverse an opioid overdose.  It is not a scheduled drug and it has no euphoric properties and minimal side effects. If it is administered to a person who is not suffering an opioid overdose, it will do no harm.  Naloxone has been available as an injectable since the 1960s, but was recently developed as a nasal spray.

To reduce the number of fatalities which can result from opioid overdoses, the Suquamish Police Department will train its officers in the proper first responder administration of nasal naloxone.  (No needles, just a nasal spray, kind of like afrin or other nasal medications)  In order to implement a safe and responsible nasal naloxone plan, the Department will establish and maintain a professional affiliation with a Medical Physician who will provide medical oversight for Departmental training and policy relating to the use of nasal naloxone. The Medical Physician shall be licensed to practice medicine within Washington State. At his or her discretion, he or she may make recommendations regarding the policy, oversight, and administration of the nasal naloxone program developed and implemented by the Department.

Our preference when someone is experiencing an overdose is to secure the scene, get the medics in there and transport the person to a hospital.  Sometimes, people use heroin or other opioids in rural or “out of the way places” to avoid detection, making it hard for a large fire truck to reach them.  In some cases the scene is dangerous, and the fire department won’t respond until those dangers have been dealt with.  Nasal Naloxone will buy time for the person until we can get them the help they need.  It also makes it easier on the officers; if you’ve ever performed CPR for a length of time, it can be exhausting work.  Naloxone allows us to quickly assist a patient in extreme distress, and restore the vital functions of their body until they can get advanced help.

Some people worry that having access to these emergency antidotes encourages drug use.  Research studies have investigated this common concern and found that making naloxone available does not encourage people to use opiates more.  The goal of distributing naloxone and educating people about how to prevent, recognize and intervene in overdoses is to prevent deaths.  Other goals, such as decreasing drug use, can only be accomplished if the user is alive.  As Law Enforcement, we’re in the life saving business.  A person can’t go to treatment if they die from a drug overdose.

Other people are afraid that if they call 911 to report someone overdosing, they’ll get in trouble.  While each situation is different, I can assure you that you’re far more likely to get in trouble if you don’t call 911, and someone dies.  Washington State has even passed a law to assure people wouldn’t get in trouble for calling 911 to get someone help; here is the link:  http://apps.leg.wa.gov/RCW/default.aspx?cite=69.50.315

The Tribe is still considering its full spectrum of options regarding how to deal with all of the legal and social issues involved, but the common practice of the Suquamish Police is to not target people who make a call that saves a life.  Making the call won’t forgive every illegal thing you’ve ever done, but we’ll give you quite a bit of consideration for doing the right thing.

If you’d like more information on these topics, a good resource is www.stopoverdose.org