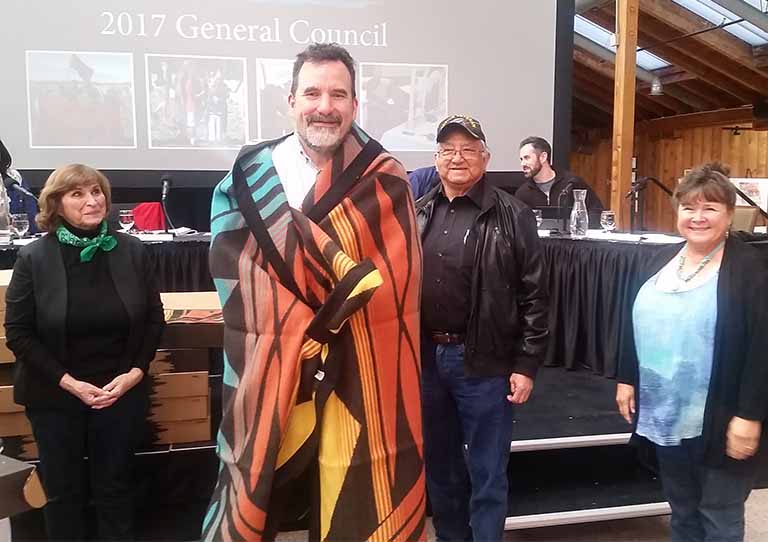 In addition to being reelected at Suquamish Tribal Chairman, Leonard Forsman was also honored as a new member of the Suquamish Elders- a designation given to Tribal Members when they turn 55 years-old.

Two people ran for the Chairmanship, incumbent Leonard Forsman and Wayne George. Forsman won re-election with 68 percent of the vote. There were four candidates nominated for Secretary. Nigel Lawrence was re-elected to the position with 120 votes. Matt Hawk Sr. ran and received 113 votes. Votes and remaining candidates were Randy George (78) and Linda Holt (45).

Forsman has served as Chairman of the Suquamish Tribe since 2005. In addition to his position on council, he is also the Vice-Chairman of the national Advisory Council on Historic Preservation. He is a graduate of the University of Washington and holds a master of arts in historic preservation from Goucher College.

This is the third time Lawrence has been elected to the Suquamish Tribal Council, and his second consecutive term. In addition to his position on council, Lawrence is the Director of the Marion Forsman-Boushie Early Learning Center and a graduate of Eastern Michigan University.

The council consists of four officers; Chairman, Vice-Chairman, Treasurer, Secretary; and three at-large Council members. The Chairman only votes in case of a tie. Tribal Council officers and members serve three-year staggered terms. The Tribal Council meets on alternate Mondays and as needed throughout the year. For more information, visit the Government section of our website.