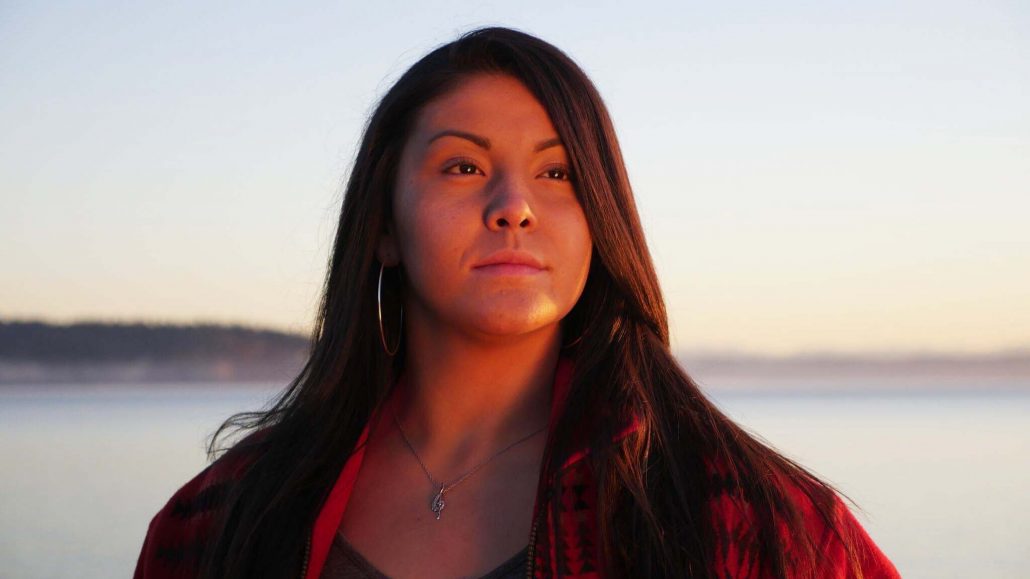 Vocal artist and activist Calina Lawrence will be performing at the annual Time to Gather event this year. A member of the Suquamish Tribe, Calina Lawrence was born and raised within her Indigenous culture in the Northwest area of Washington State. Her vocal journey began at a young age when she was first introduced to her cultural music. Lending her voice to the preservation of Suquamish traditions, she also grew to love singing many modern genres. She was raised knowing the importance of spreading awareness about the social injustices that have impacted the quality of lives on tribal reservations and within urban Native communities. Her involvement in her cultural music has led her in activism in the cities of Seattle, San Francisco, and Oakland. Lawrence recently graduated with Honors from the University of San Francisco, attaining her BA in Performing Arts & Social Justice; a Music concentration. She has spent recent time traveling the country in advocacy for Native Treaty Rights and the “Mni Wiconi” (Water is Life) movement lead by the Standing Rock Sioux Tribe. She dedicates her artistry and energy to POC racial injustice, police brutality, mass-incarceration, gentrification, misrepresentation of Native Americans in education/mainstream United States media, climate injustice, blood quantum and enrollment issues, foster youth, suicide prevention, and many other causes. Since graduation, she has released her debut Single entitled “Alcatraz” January ‘17 and will be releasing her first album later in the year.

A Time to Gather is an annual fundraiser that includes live performances, dinner and an art auction with proceeds benefiting the Suquamish Foundation. This year, the event will be held at Kiana Lodge on Friday, March 24, 2017. Tickets for the event are available online for a limited time.